Little history on how I got to this point:

I started with a blue prusa version 1. This was with felt tips and during the skeinforge days, was a major challange to get working good enough to print new parts. Problems with it where the felt-tips instead of lm8uu bearigs are a real pain as it required constant recallibration of platform because the felts loosen during prints. I also did not have a heatbed in the beginning + I soldered my own electronics from scratch deadbug style onto an arduino mega:

To make things worse I had 3 different hot-ends that either broke or leaked. First challange was making a new gear because the original one was warped and caused long prints to fail: 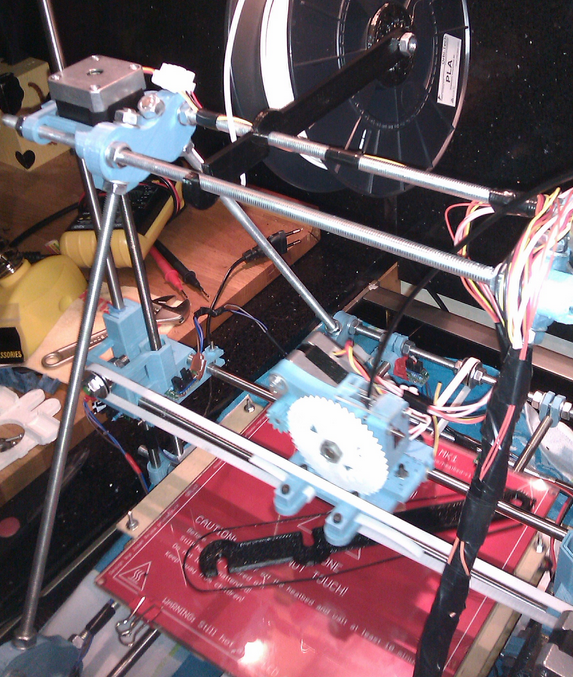 Still I managed to get the blue prusa to print all parts for a second iteration:

The black prusa was my first truly self-replicated printer I made, already some parts updated from original prusa and solved most issues I had with my first printer, better stepper motors, lineair bearings made a big difference: 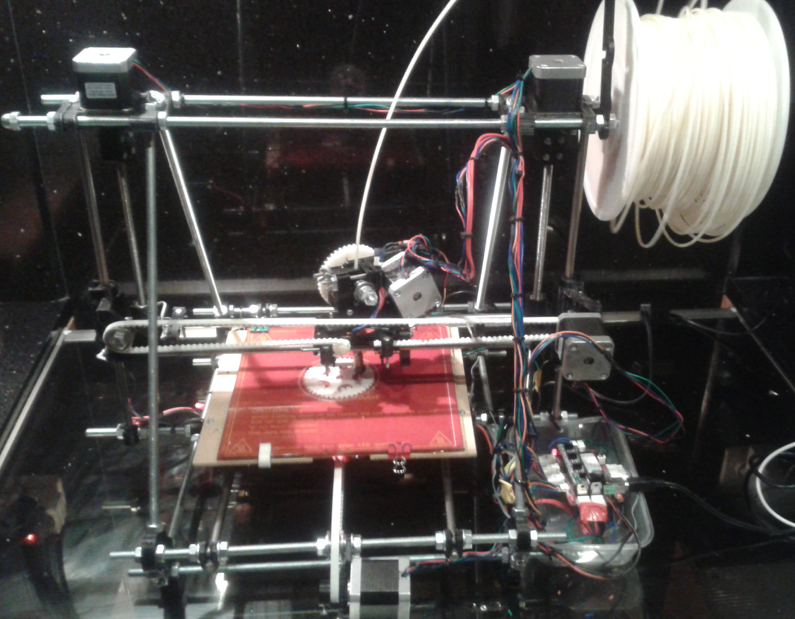 On this second reprap I printed the WalleBOT v2 (white one in the middle):

WalleBOT v2 during construction (prusa with allmost all parts except foot vertexes tweaked/updated from thingiverse and openscad modded parts) this one not only prints much better it's also easily assembled in one day: 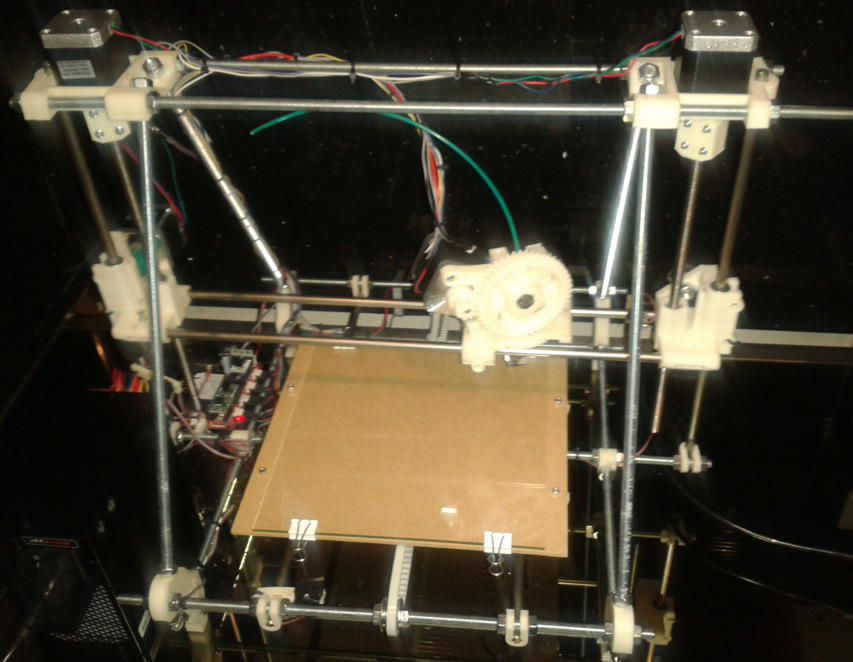 This 3rd iteration printed four more printers, 1 I sold on last month and this sprouted the idea for a webshop 3dkits.be and I'm now printing new parts for the original blue prusa, iterated by printing upgrades/spares for themselves ;).

Callibrating and first prints on the workshop built wallebot printer (a bit of bad luck, we had a malfunctioning psu and took off the heatbed to test. Luckily after changing the power supply, everything worked like a breeze and the first workshop was a success):

Back to printing more printers, here printing the printrbot (did not have fotos during construction but you can see it finished on the right in top picture of this post ;)): 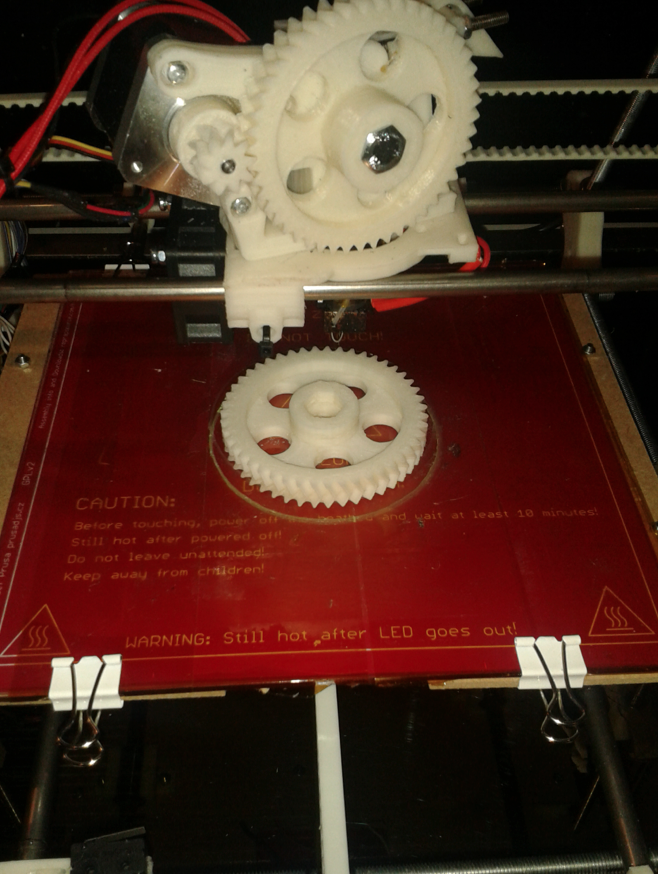 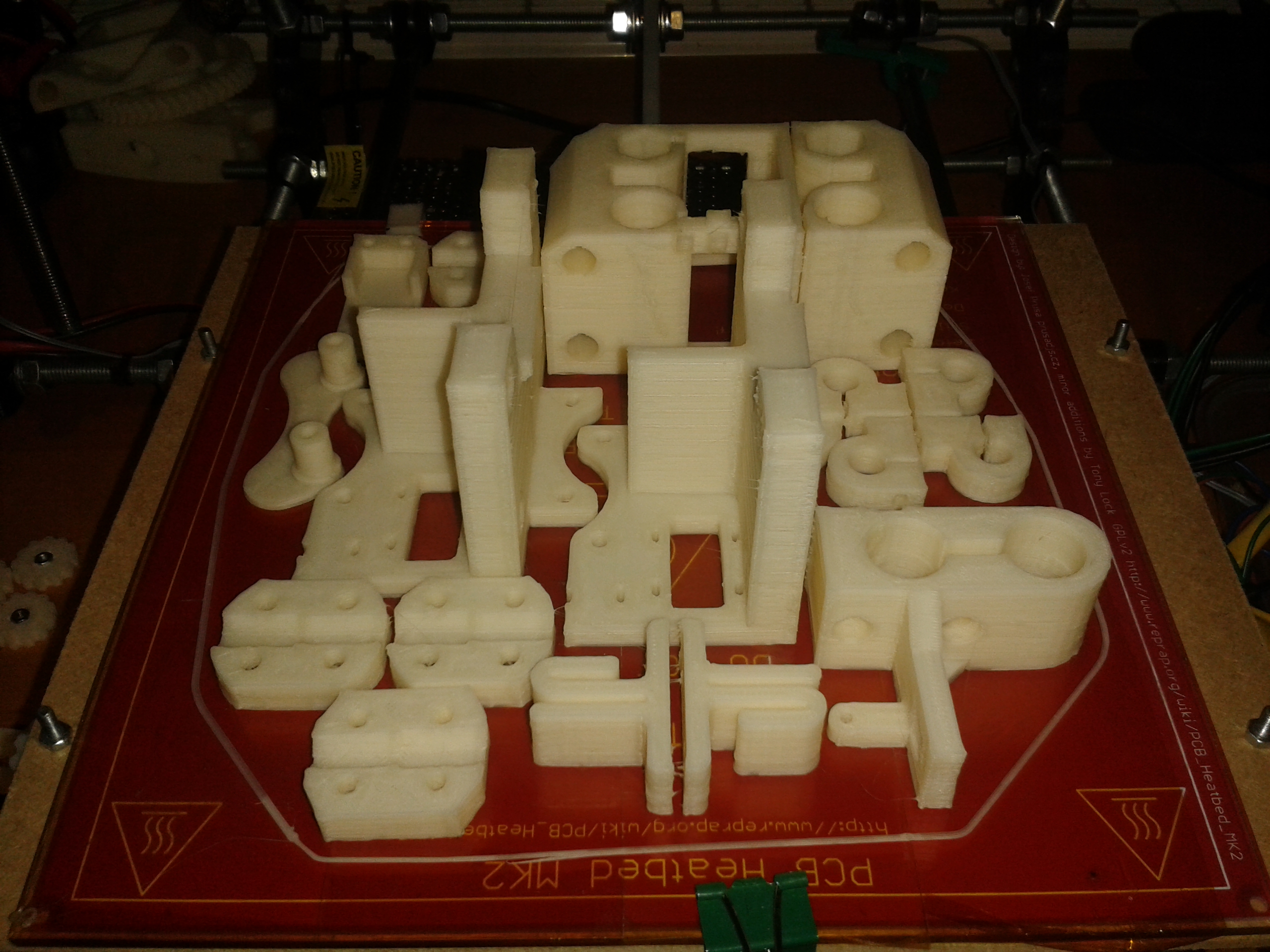 Here's I vid I made during the printing of first parts of the black prusa (notice the home-made electronics just soldered directly deadbug-style to an arduino mega ;).):

Compare it to using 'out of the box' electronics, and proper linear bearings and better steppers for much smoother printing nowadays (on the right I'm experimenting with abs-juice straight to glass, on left I'm using kapton tape. Kapton tape gives best results on heatbed. The abs juice worked for this yoda print but I wouldn't use it for a full build plate as you see it's got some warping in front left corner happening): 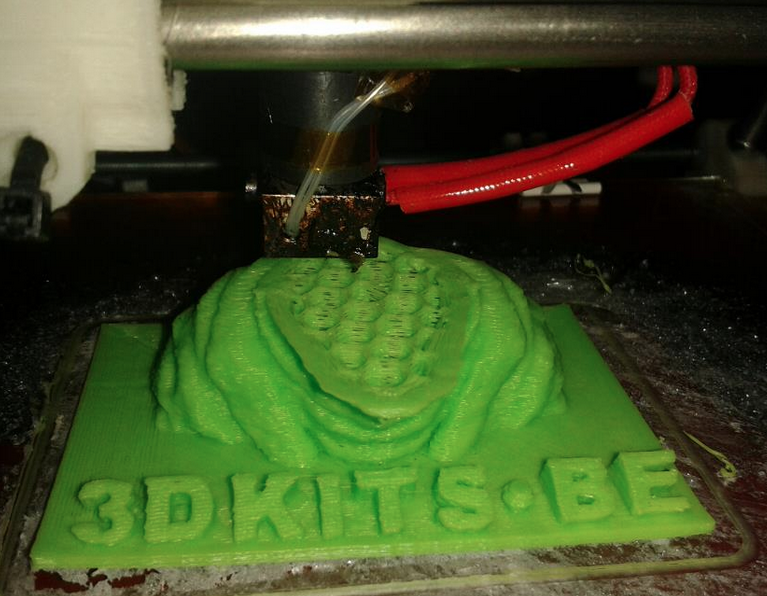 The blue grand-daddy of the farm is being refactored now, vid soon ;)