Finally time to post this since I'm at the stage where the software (slic3r and marlin firmware) of my homebuild prusa reprap is good enough to preduce another prusa!

Will print a second prusa in following days and then most likely try out a printrbot set of plastics (simplified reprap but not yet sure if it's equally stable/fast).

Here's the spoolholder in place on my machine:

Having fun with tinkercad. I went from drawing to placing a new mailbox plate for my girlfriend in under 1 hour ;).: 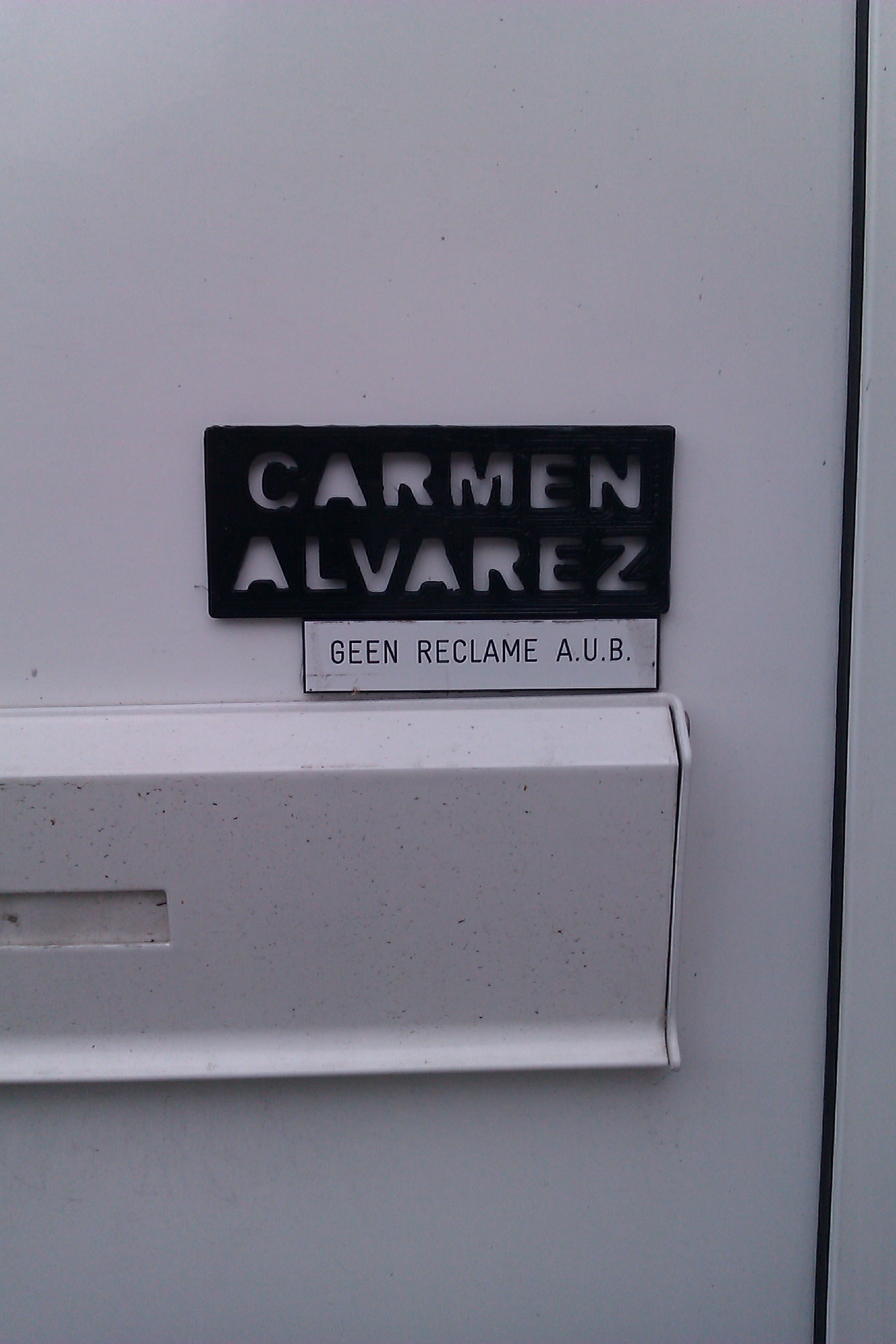 The extruder has been rebuild 3 times and finally is nice and stable and can print for hours black abs. Also added a new cog (the white one) and a heated bed (electronics not finished but I manually switch it now which works ok).

My first mod was a better wade gear (the original one was a bit warped and scraping against an m3 nut luckily after sanding it a little with hand it worked good enough to print a new gear, that is now happily working on the printer):

Adding a 40mm fan to cool the extruder's top was necessary for stable operation. Also nichrome wire worked a lot more reliable (and heats up faster) then the power resistor method (yes I tried both versions). My first extruder was nichrome wire but badly measured (12 ohms== too long) the second one was with power resistor that failed and heated up slowly. My third extruder been working stable for weeks now using 6.5-7ohms of nichrome (about 21cm long wire) not soldered but with mechanical connections and a cooling fan makes it solid as a rock even though it doesn't look pretty ;):

Here printing some linear bearing holders in my kitchen (to replace the felt driven x and y axes with some lm8uu):

Here my prusa is printing new vertex parts for my second prusa no big deal nowadays. But way back in 2012 this was pretty cool, printing abs quickly and pretty reliably with a diy nichrome wire extruder and running on dead-bug diy-soldered electronics connected to an arduino mega with an early marlin firmware build :